Let’s face it, no one has time to read for pleasure during the school year. I tried, but I think that I only finished three books, or something like that. With that being said, my summers are largely devoted to reading.

To Kill A Mockingbird Harper Lee

Five books down and hopefully several more before school starts up again!!!

My name is Miranda. I just finished my freshman year of college and I am on the quest of self discovery, which also happens to be called life. I am just an individual trying to find my place in this gigantic world. The way to my heart is coffee, books, running, flannel pajamas, and Iowa Hawkeyes.

I do not know the purpose of this blog that I have created, nor do I wish to. I hope that it is a way for me to document myself and express my nonsense thoughts, far-fetched desires, and random trinkets of information.

Go enjoy life. It is waiting for you. 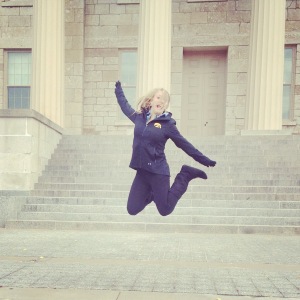